March 28, 2012
It was a little confusing at first what the Feature pack contained. This was release recently on in 1st February 2012. This release is targeted at the five key industries: Manufacturing, Distribution, Services Industries, Public Sector, and Retail. This release also incorporates Microsoft Dynamics ERP RapidStart Services.
One major thing you will notice when you install the Feature pack it is the same build as Cumulative update 2.

Below are two screenshots. The first is Cumulative update 2 and the second is the Feature pack. Notice a few things here: 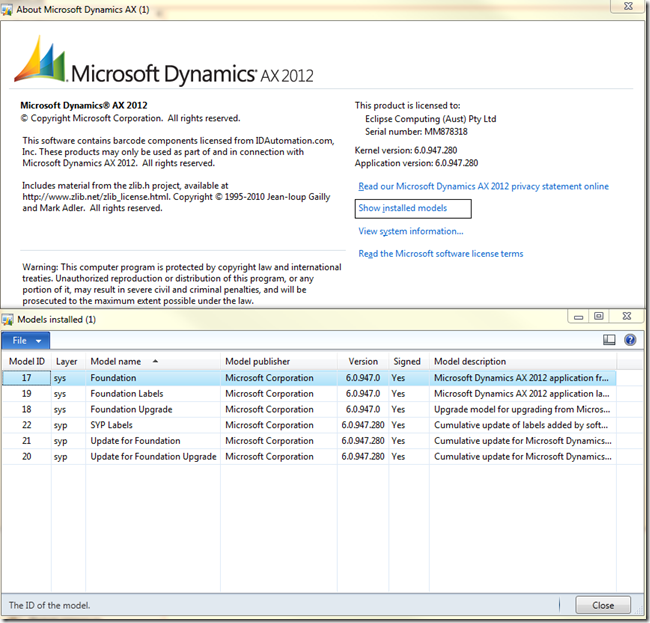 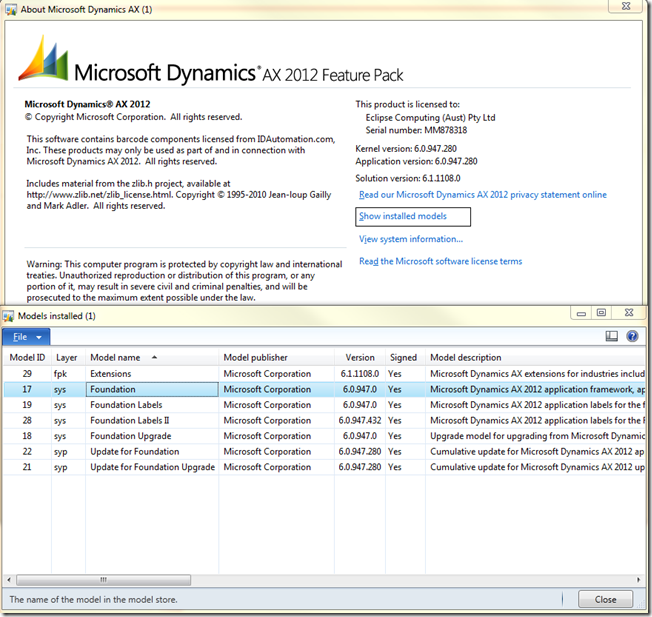 In this blog entry I haven’t gone into the installation disk. In brief the install disk for the Feature Pack is the latest and it comes bundled with all these in there. Including the Retail component installation which is now part of the install wizard. 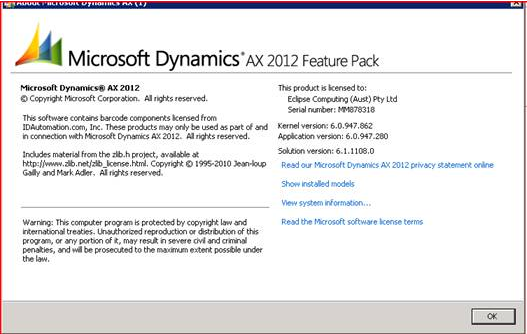 Just an additional note regarding the Extensions model. It is not option, it must be installed.
http://technet.microsoft.com/en-us/library/ee355075.aspx

As Brandon mentions in his blog. Microsoft strong recommendation is you to update any clients on previous versions of AX 2012 to the feature pack. Here is the link to Microsoft page on this
The Microsoft Dynamics AX 2012 Feature Pack—Why You Should Adopt it Moving Forward