It looks like there are some updates to the license count reports in CU9.

This was a report that existed since the initial release of AX2012 but some additions have been made. Now you have the users (which was released sometime in R2) and in R3 CU9 we have another addition. We now see the users role, not just the license type. 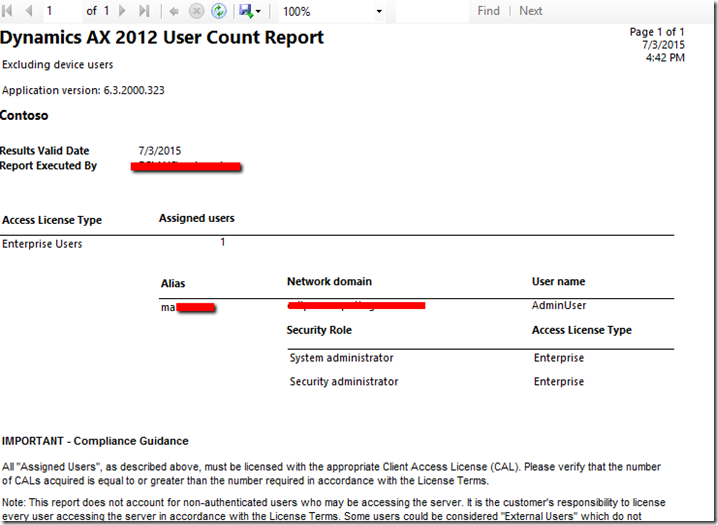 This report takes a from and to date. Then displays a summary type report of what the actual is and what you are licensed for. 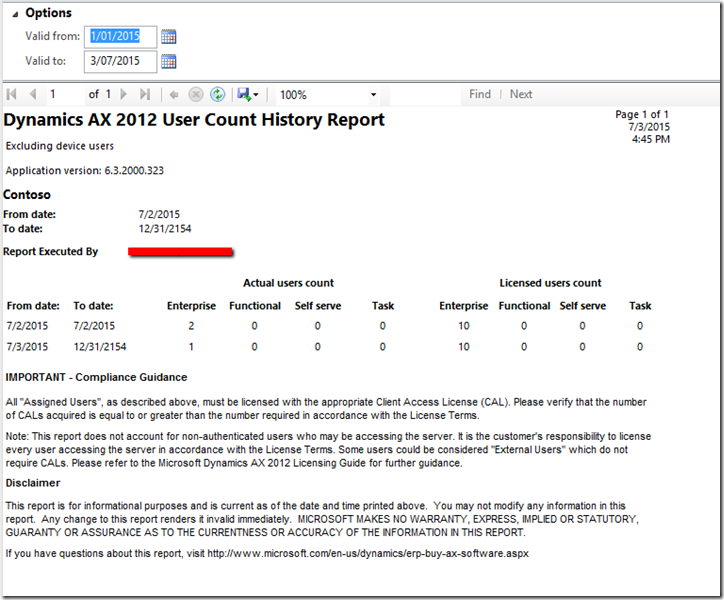