January 17, 2023
I recently saw a question on LinkedIn, asking if we can share our experience with moving to Git version control.
https://www.linkedin.com/posts/tommyskaue_developer-git-xppdevs-activity-7017198598765342721-0i8c
Here is a response to it. I will share my experience of moving to GitHub version control. We have chosen to move our X++ code to Git and in particular GitHub about 6 months ago.

Reasons for the move

Below are some of the reasons we have chosen to move from TFVC on Azure DevOps to Git on GitHub:

Below is the architecture we have gone with.

Here is the folder structure we keep in our repo. I am masking/obfuscating the names here and are to give you a general idea.
/pipelines
/pipelines/fo-nuget-build
/pipelines/payment-connector-build
/postman
/postman/*.postman_collection.json
/projects
/projects/*/*.sln and *.proj
/src
/src/Metadata/MyCustomModules
/src/PaymentConnector 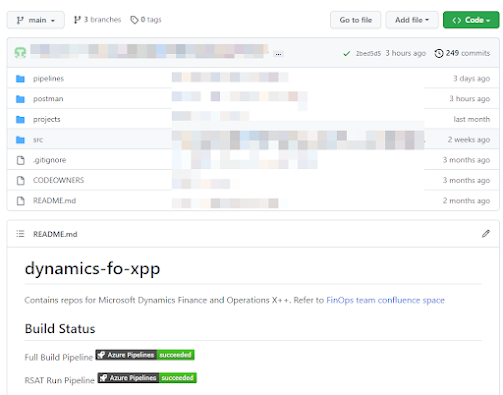 A few things to note here:

Our branching strategy is to have very short lived branches.
Currently, we don't have multiple releases. Only a single stream of development. If we had multiple release streams, I would make the main be in sync with BAU stream of work. Then create a release branch eg. release/Phase2

We are using these powershell scripts for our symbolic links and works really well.

I have attempted to use GitHub workflow actions but it was a fair bit of work. Azure DevOps pipelines work really well with GitHub and there are already tasks that I can utilise. Where as in GitHub Actions, I would have had to write powershell scripts.

Jira integrates with GitHub really nicely. When ever we commit in Git and put the issue number, it will automatically link the code change to the Jira issue. 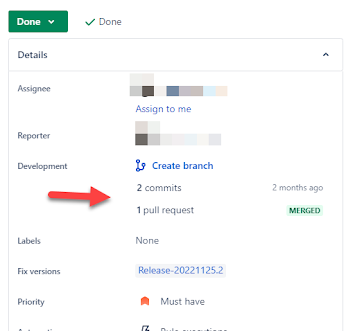 We create release notes via Jira. This is done by tagging the fixed version to the release. Nothing sophisticated here to avoid confusion. The process is simple and doesn't take that much effort.

This is probably the biggest challenge in most companies. FinOps developers are so used to TFVC and its implicitly. Our daily ritual is Get latest, do some coding and checkin.
One way to overcome this is a good clean readme page. Simple instructions on how to get started. Assign a simple development task and walk them through it.
Then the new ritual will be something like this
git checkout main
git fetch
git pull
git merge users/munib/dev main
git checkout users/munib/dev
Just build up slowly to more complex scenarios.