I recently had to install the Feature pack on CU3 environment and I thought I should share my experience.

Note: I won’t go through every single detail. Just the database and models. 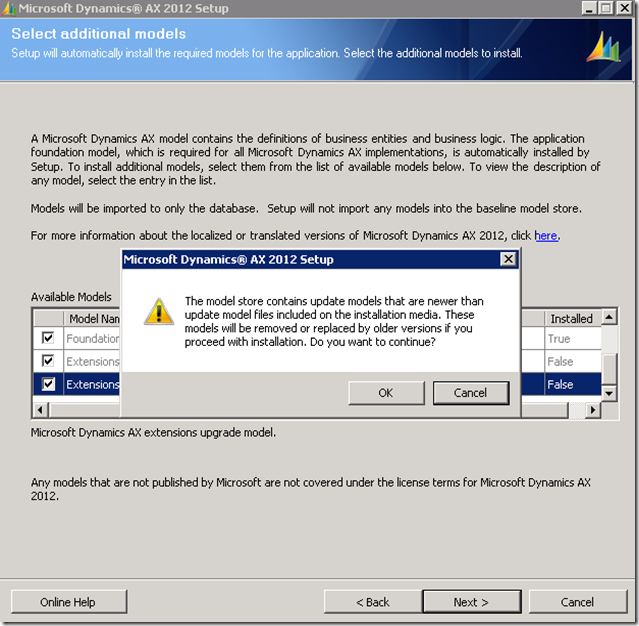 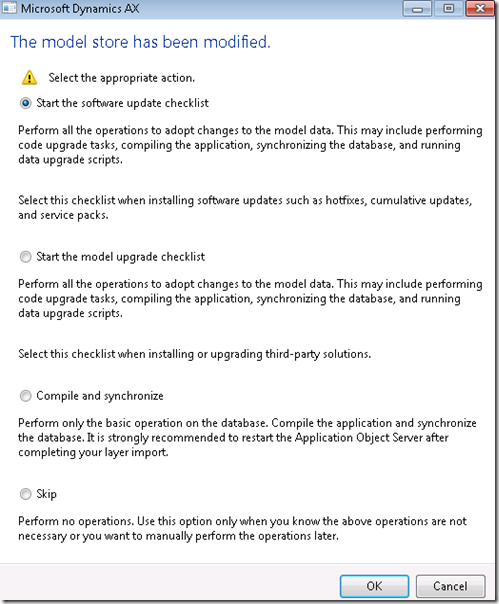 Follow the check list - I did my merge already before so I didn’t run the "Detect code upgrade conflicts". I marked it as compete. You could do yours here. 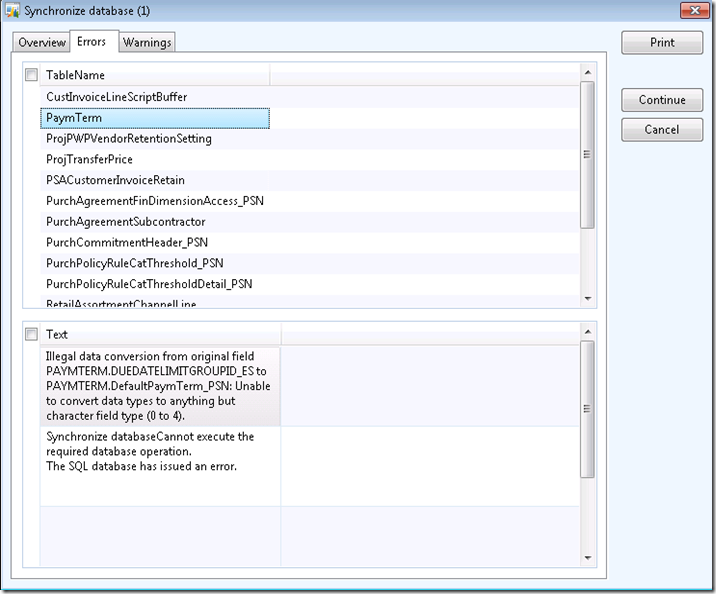 I did a bit of digging and found the application id and the SQL dictionary id was different.

It renumbered the field DueDateLimitGroupId_ES (Foundation KB2709934 which is CU3) from 60001 to 60003.
Then the new field "DefaultPaymTerm_PSN" (Extensions model) took 60001. That is why it tries to run an update of the field and failed.

I made a small change to skip views as that didn’t work.

Copy the infolog and run it in SQL.

Good to see someone had a similar issue recently.

We should go with the Feature pack with all new clients. Microsoft has already put a strong statement out on partner source on why we should adopt it.

From this statement, it looks like Microsoft will release a single code base and their won't be a choice in the future. Everything will be installed, including the industry solutions (ie. Feature pack).