As described on technet. This tool allows you to transfer data from one environment to a test environment (non-production) via a command line. 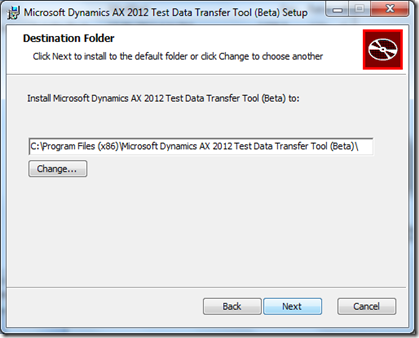 Once installed. In viewing the folder you find this.

DP.exe is the main executable to run.

An xpo which you can import in to AX. This is just 1 job that allows you to run it against your environment to create a meta data. This meta data looks like this and is found under the [Lists] folder.

Under the lists folder you also find some exclude files. These files contain table names which are excluded as part of the export. ie. AIF setups, security setups etc. 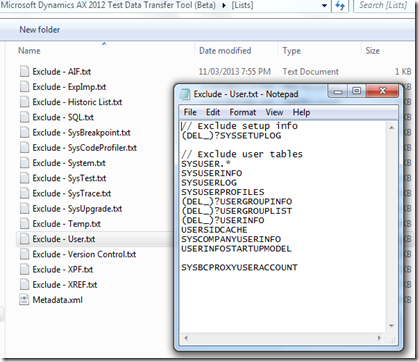 Now lets see it in action.

Run an export via command line. This will generate a file like below in the specified directory.

Refer to technet for detail on what each file is.